One to Seven Sprays

Centauri Perfumes DenderaEgyptian Dust: A New Accord?Things are going to be said that need to be said. I’m super weirded out to be putting FragranceView on score—Mr. Picky himself. I never in my wildest dreams would I imagine we’d get here. I started watching him way before I ever started reviewing fragrances. He is a one-man show: from dream to fruition of one of the coolest things ever. Let’s get into this.Little did I know I was going to be putting myself out there first, before anyone. This was the first video I did in forever. I never get packages before I leave the office. I got it and decided to throw a video up, just because I really had nothing else going on that day. It was Christmas break for me, and I got off a really tough month. Lo and behold, many of you are here now. I was nervous about this; I have a policy not to review small houses or people just starting out if I don’t like it, and I really—with everything in me—didn’t want to hate this. I knew it would sell out because I’ve been in this market enough to know what’s going to sell. I’ve been in marketing for twenty years; I could tell that everything aligned for this release. I knew it was going to be popular really quick, so even though this was an expensive bottle and it was released right around Christmas, I ordered mine. It quickly sold out at LuckyScent online in the United States, and already has many fans. There is a big reason this perfume is on here alongside a lot of big-name perfumes I have been putting on the channel.Instagrammer Stop Talking about Fragrance created an amazing shout-out video for Centauri Perfumes. I’ve met a lot of good people in this community; he’s one of them. Check him out.

Just look at this bottle! The cap weighs more than the bottle. This is the best cap I own, and it comes with a killer bottle design, so meticulously thought out. I need like eight of these to play with. His IG picture when he got these was priceless. The choice to go with multiple colors was bold. I hope he got extra red bottles, because this collection is not going to stay on the shelf.$195 30ml Luckyscent; about the same price from centauriperfumes.com with 25E shipping.70M / 30FPeter Carter - that felt fun to say something I can’t screw upCentauri PerfumesUKHandmade - Homemade - Artisanal - It’s everything by him4.38 / 5 38 votes FRAGRANTICA - Holding its ownNOTES:Nutmeg, Cinnamon, Orris Butter, Rose Absolute, Vietnamese Oud, East Indian Sandalwood, Haitian Vetiver, Frankincense, Myrrh, Labdanum, Madagascan Vanilla Absolute, and White Ambergris

My unboxing video gave you everything out of my head with me not knowing anything about this. That was the first time I think on Youtube I put something up first without thoroughly testing it. It was a very vulnerable moment that delivered me out a huge rut in my own life. Weird how we have moments like that.Alright, a special treat I have before me: the actual orris and oud used in the perfume. So. Freaking. Cool. Peter reached out to me and offered to share a little bit of the material he used in the perfume.So much of the mystery is lost when experiencing the raw ingredients, but at the same time, they show the care and brilliance of the perfumer in creating this composition. He hunted down these ingredients that affect what so many people are going to wear, building trust with us to explore an accord he created.Orris: I have never smelled anything like this. It is unworldly. Something so unfamiliar yet alluring. This is just like staring at something you can’t look away from, but here I can’t stop smelling and trying to make sense of how this exists. This is like no orris I have smelled in anything. It’s funny how facets get overlooked only to become treasures for the hunter later.  Nothing sweet or powdery about it, but there’s a but.I smell plaster of Paris smeared on sheet metal with a deep, rooty, earthy dry brown dirt smell. Smells like dry ice is coming up from it as well. Not wet but dry ice. Not a tidbit of powder.Orris butter is actually a semi-solid essential oil, a translucent, creamy-waxy material with a delicate, sweet-floral and woody-earthy-rooty aroma. It smells fresh, vaguely medicinal, and delicately floral. The scent is clean and often described as “cool” or “metallic,” even so, there's a warm peppery quality.Iris has a powdery, older feel and can also smell like damp cement, or like a sidewalk does after a thunderstorm. There’s actually a word for this: petrichor, the smell of the earth after a rainstorm, and it’s one of the things iris does best in a perfume.Oud More importantly, the Ensar oud that was going to be used (and it could've been what he switched it out to) achieved what he was going for, and it would have been a shame to upcharge. This is what I always stress about oud: find the facet you want to highlight, and it makes compositions magical. The drydown facet makes so much sense to me now. I literally was going through my synthetics trying to match what he did, and couldn’t. This is why.A couple guys have taken aim, calling Peter’s Dendera a good first attempt. I don’t name names, but they are wrong. I would venture to say I put my nose on more natural accords than any reviewer out there. A perfumer would beat me. Luca and Tina would beat me, but that’s about it. And I’m going to say that this is genius. To achieve this base naturally is one hard feat. Big brands, if you are listening to me (and some have started to), you need to be talking to Peter quickly. He can do a lot to change the game for a lot of stuff out there. Doing this with IFRA constraints is flat-out amazing. If the cinnamon note is truly the only thing holding this back from being all natural, just replace it and sell this through the United States. All the UK people figure out how to get the naughty stuff anyways.Everyone, mark this down. My reputation is on the line, but I’m saying again: this accord naturally is flat-out genius. It is Tauer-esque, but the difference is this is all natural. It is a very difficult thing to achieve that I have only seen a few do. A very, very, very small few. But to do it with his resources is something else. I see Peter getting hired by brands to help build these formulas for their house. It is a change that is needed. There is so much detail in this, it’s incredible. I am floored by the base accord of this perfume. We will break it down a bit in the review, but for now, I just put it out there: this is the stuff brands are built off of. Moving on.

Fragrance in My Opinion Compared to Perfume’s Notes

This opens exactly how it says in the notes. I want to smell this with natural cinnamon, of course, but respect the perfumer’s choice to stay in his home country and be constrained by its regulations. Moving on quickly. Lucky for me, the cinnamon dissipates into the blend very quickly, and the spicy air turns into dusty orris and ambergris and myrhh, like leaving the bustle of the city for a desert adventure to the pyramids. This thing gets dry and dusty like no other. The more I wear it, the more I crave it.The heart gets super earthy with a deep root scent that has the dry-ice, plaster-of-paris-on-sheet-metal effect.The Dry Down. I wore this to a workout, and that dry and dusty quality gets turned into mean, rugged brown leather. It’s the oud. I am so familiar with this and have over ten videos on this affect. It was my biggest fragrance journey surprise I had last year. This is the earth giving our bodies what they need. Oud is such a powerful substance, and this thing is loaded.Okay, it’s way more than oud. This thing has top-notch ambergris in it, too, really good ambergris that provides a slight animalic oceanic quality. It is a star component that, if you weren’t familiar with, you wouldn’t even know it was there.The base somehow smells like a baker has come out and put on the silkiest vanilla glaze over all the other notes. The kind you want way more of. At times I think I do want more vanilla in this, but then sit back and think, Do I? I might get annoyed by it, after all, it’s this earthy, dry ocean grass dust that keeps me coming back.Underneath the icing, we get an incense that is aided by the oud’s drydown.There are three full transitions in this.Overall, it is an earthy, dry ocean grass fume of dust that surrounds the wearer, and you get a unique scent that can’t be experienced anywhere else. 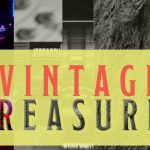 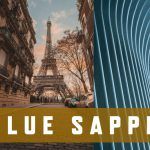