COMPLIMENT FROM A COOL DUDE He was waving his arms, trying to get some on him.The opening is a lavender wonder.  The woods.  The sillage on this is working way too well.Two wearings, two experiences.Sometimes you just have to apply and sit back with your favorite chai.I know it’s mixed media, but even so, there is such a difference the heavy natural bases add to perfumes.  They end up carrying synthetic notes and allow change during the wearing more easily.  They play with skin chemistry differently.  There is so much more charm with them because of the nuances.  What’s funny is that I get more rashes from synthetics than naturals.  I don’t have the time or energy to research into IFRA, but the only common sense thing I see is that it is money motivated.  Kinda like big pharma.

Opening is bright and sunny, with a crisp citrus top.The base definitely is fresh and clean by design.  So far, so good.  The oakmoss is keeping this under control—we will see if this develops much.The drydown stays the same: the soapy oakmoss holds on, and those that follow me know it’s not my favorite note.  That’s why we sample.Ingredients:  SD Alcohol, Fragrance, Coumarin, Linalool, Lyral, Citronellol, Limonene, Farnesol, Oakmoss, Alpha Isomethyl Ionone, Citral, Geraniol, Hydroxycitronellal, Isoeugenol, Musk Xylol, Eugenol, Methyl octine carbonate$70 30MLNotes include: Lavender, Green Citrus, Galbanum, Geranium, Hay, Moroccan Rose, Amber, Camphor, Sandalwood, Oakmoss, Musk, and CostusFROM THE PERFUMER,Golden dewdrops sparkle upon lush green ferns. Fougere L’Aube is cool and fresh, like the brisk air that surrounds the glow of the morning sun.I built the initial base structure of Fougere L’Aube as a classic 1930s fragrance which yielded a cozy, classic scent. It was reminiscent of the men’s colognes and aftershaves I smelled as a child; very nostalgic, very familiar.I then took this base formula and accentuated it with a few modern aroma chems and the fragrance was completely transformed into a super-fresh late 1980s style fougere. It’s a bit of a projection monster.Fougere L’Aube opens promptly with bright lavender and citrus notes, backed with bitter green galbanum.What I find interesting is that although a large portion of the fragrance is built on rose and sandalwood, what I perceive is not an attar-like note in the middle but rather it melds into the ‘fougere effect’ through and through.From what you see in the color of the juice, I used a rather large percentage of naturals; a few of which include: lavender absolute and essential oil, real Indian sandalwood (santalum album), Moroccan rose absolute, pure cold-pressed bergamot, petitgrain bigarade coeur from Robertet and oakmoss absolute. 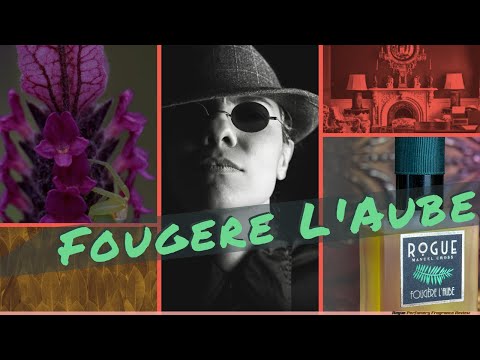 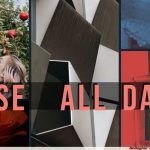 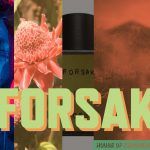